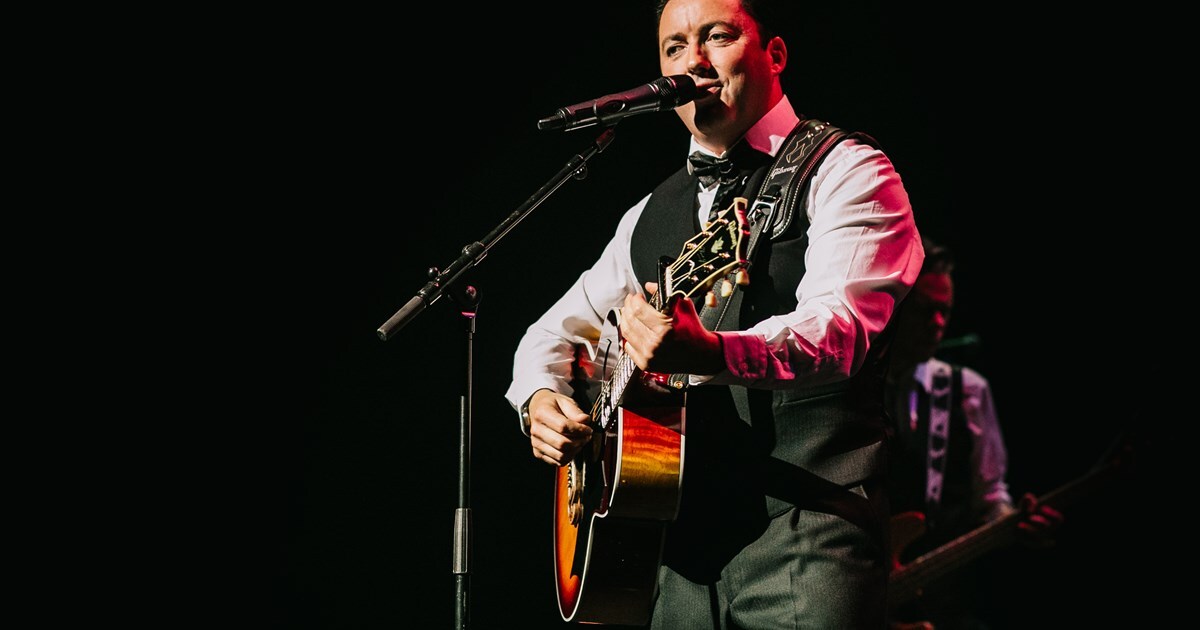 The Johnny Cash Roadshow is the only show to be endorsed by the Cash Family. This year, award winning Clive John pays homage to Cash’s Career as the Man In Black, alongside his iconic Wife June Carter played by Emily Heighway, as well as the Roadshow Horns.

With all the hits such as 'Man in Black', 'Walk the Line', 'Ring of Fire', 'Boy Named Sue' along-side some of the darker more atmospheric songs from the later American Recordings such as 'The Man Comes Around' and 'Hurt' making this year’s show an emotional roller-coaster of songs through Cash’s career, packed together in one fantastic evening’s entertainment.

With standing ovations every night The Johnny Cash Roadshow is the biggest and best celebration of Johnny Cash in the world today guaranteed to leave you wanting more.