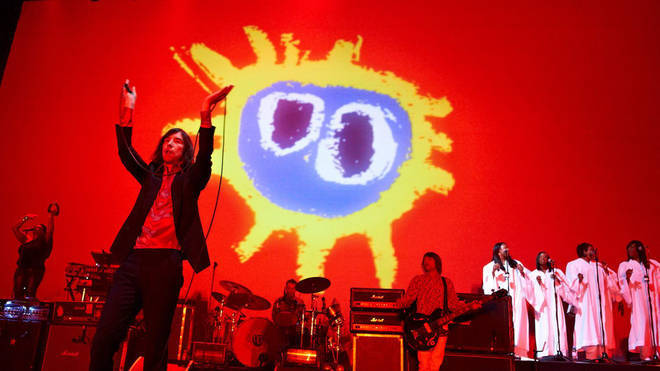 July 2022 sees Primal Scream play their first headline shows since December 2019. And how better to mark their return than playing their classic 'Screamadelica' album in full?

Completed by a selection of greatest hits spanning similarly essential albums such as 'XTRMNTR' and 'Give Out But Don’t Give Up', the tour sees them play some of the biggest shows of their career in a large capacity big top in Glasgow.

Loaded with a massive eclectic body of work, from their early C86 jangly guitar releases to the ambient baggy indie-rock sound of their Mercury Prize winning 'Screamadelica', their mid-career pastiche of the Rolling Stones, right through to their later more experimental dance-based material, Bobby Gillespie and the boys are forever movin' on up.