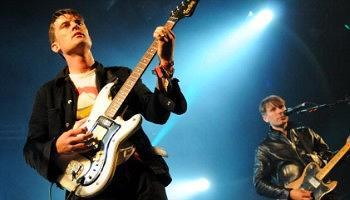 Franz Ferdinand formed in 2002 in their hometown of Glasgow, with Alex Kapranos on lead guitar and vocals, Bob Hardy on bass, Paul Thompson on drums and Nick McCarthy on rhythm guitar and backing vocals.

In November 2021, after dropping a series of teasers on social media, the band released the new single 'Billy Goodbye' and announced their new album 'Hits to the Head' which was released this Spring.

The 4-piece will perform to a home-crowd this November at the OVO Hydro.