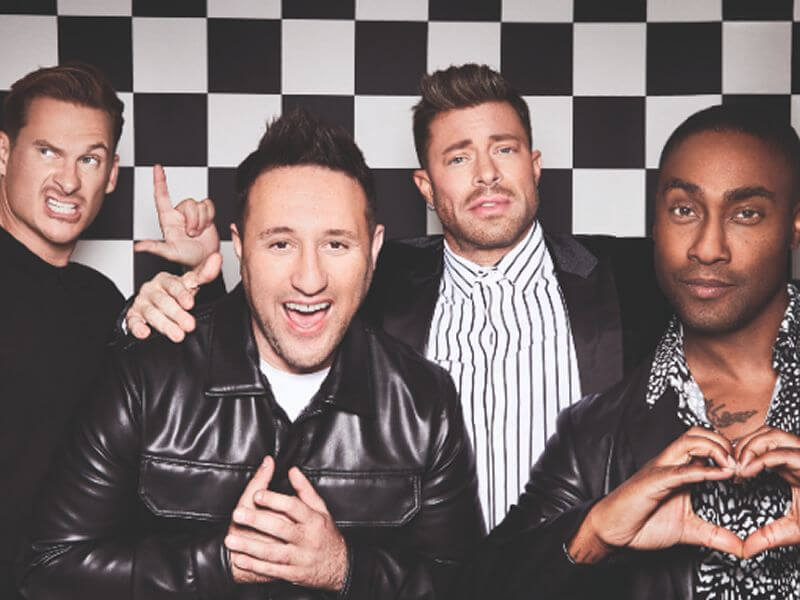 To celebrate their 20th anniversary, Blue have announced their Heart & Soul Tour. Blue will play 14 arena shows around the UK and will be joined on tour by Atomic Kitten, who will be their special guests at every date.

The tour sees all four original members – Antony Costa, Duncan James, Lee Ryan and Simon Webbe – reunite for a fun-filled epic show. The concert will feature all the band’s hits from their 5 albums. The tour also marks the first time that the Atomic Kitten line up of Jenny Frost, Liz McClarnon and Natasha Hamilton, will perform together in over a decade.