Glasgow museums are full of amazing objects and art works. Each piece tells a story of different people across cultures and time periods. The histories of lesbian, gay, bisexual, transgender (LGBT) people, however, have sometimes been a little harder to find. 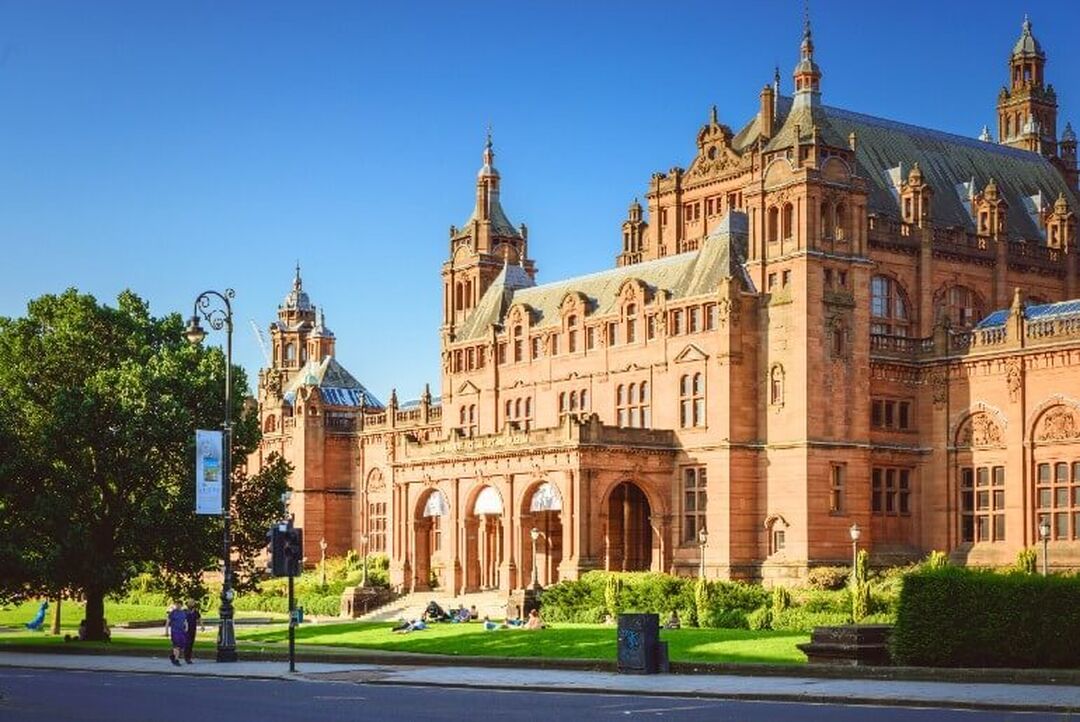 LGBT histories in museums are often considered ‘hidden’ histories due to social stigmas that unfortunately still continue for LGBT individuals. But LGBT histories are there – if you know where to look.

Glasgow Museums are committed to sharing stories of our objects that reflect LGBT lives and experiences. In my role as Project Curator for the Burrell Collection, I have been researching and unearthing the hidden LGBT stories of our objects and working with the LGBT community to continue to make our museums a welcoming, inclusive place.

In 2019, I was running LGBT themed tours at Kelvingrove Art Gallery and Museum, throwing a ‘rainbow’ spotlight on objects that reflect histories of same-sex love or diverse gender identities.

Here are some of my highlight - and favourite - objects from our LGBT tour. 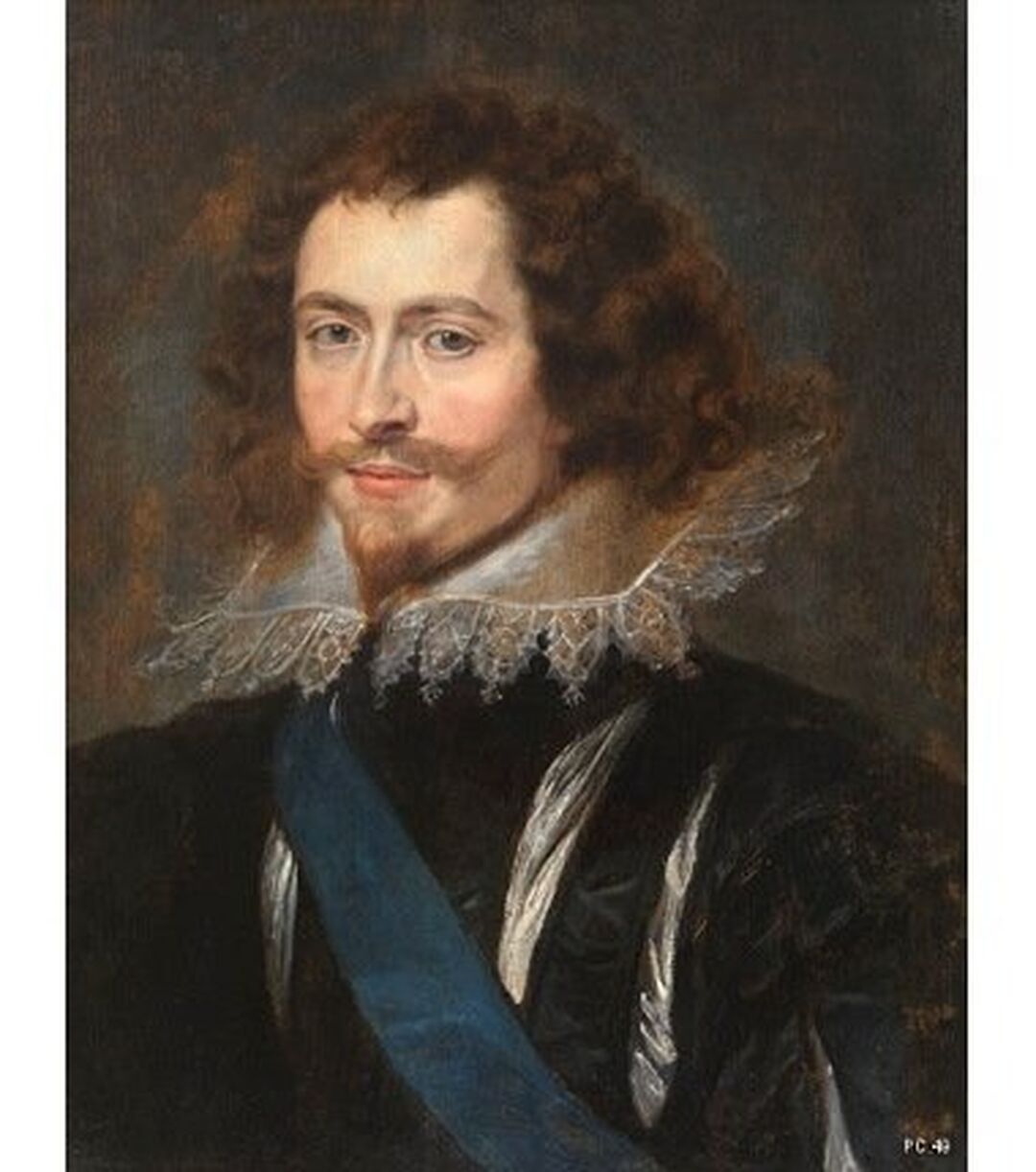 George Villiers (1592-1628) is known as one of the male lovers of King James I of England and VI of Scotland. Villiers came to live at the London court of King James in 1614, working as The King’s Royal Cupbearer.

With his good looks and handsome features, Villiers quickly caught the King’s attention. They formed an intense friendship with James throwing lavish parties and entertainments in Villiers’ honour. In 1623, James made Villiers the Duke of Buckingham.

Letters written between James and Villiers reveal an intense, loving bond and hint at the possibility of a physical relationship.

On display in the Looking at Art Gallery, ground floor. 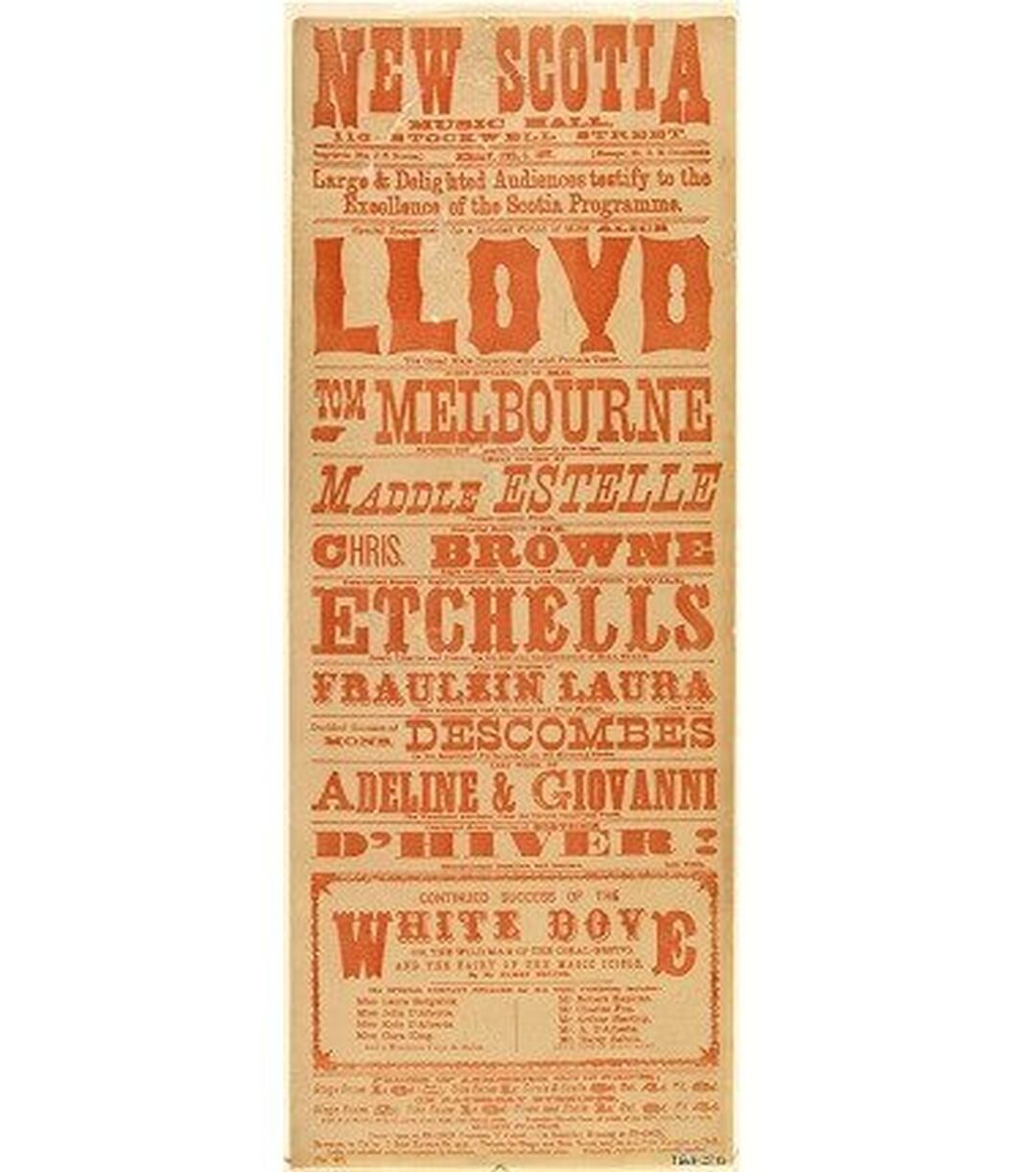 The New Scotia Music Hall on Stockwell Street in Glasgow city centre opened in 1862, hosting a variety of theatrical acts from acrobats, comedians, singers, and dancers.

The top billing on this poster from 1877 is ‘Miss Alice Lloyd – the Great Male Impersonator and Female Tenor’.

As a male impersonator, Alice Lloyd would have dressed and performed as a young man, showing off her low vocal range by singing well-known ballads usually sung by male performers.

Male impersonators were popular acts in the music halls of the 1800s and early 1900s. These female actors often poked fun at masculine culture, cross-dressing as male dandies and performing comic routines. Lloyd was a successful male impersonator for over 20 years, playing music halls up and down the country.

On display in the Glasgow Stories Gallery, ground floor. 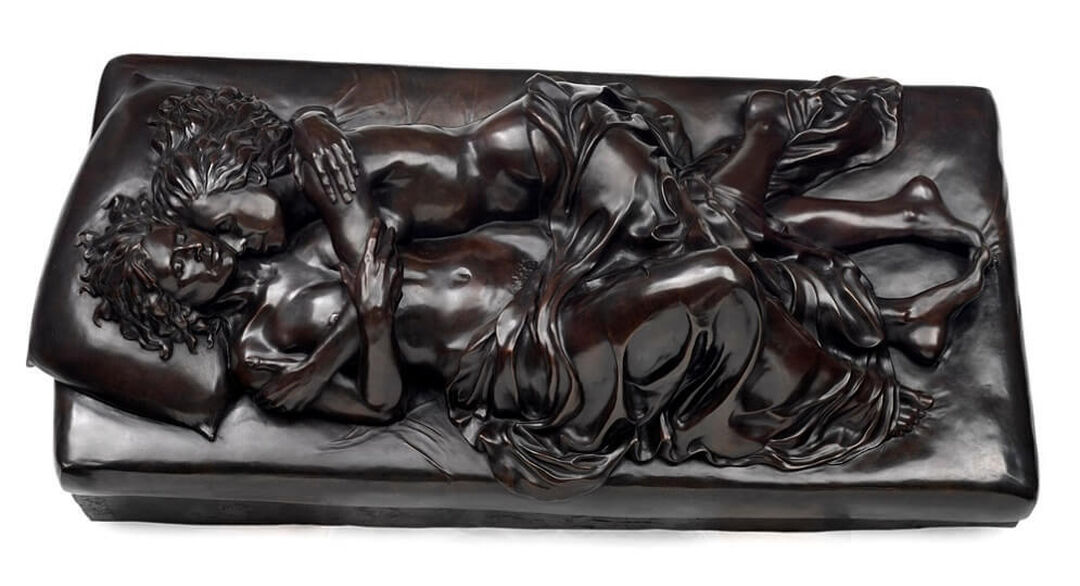 In 'Memorial to a Marriage', American artist, Patricia Cronin (born 1963) shows herself and her partner Deborah Kass, embraced in bed together.

This bronze sculpture is a cast from an original marble sculpture made for their joint burial plot in New York. At the time it was created, same-sex marriage was not legal in the United States of America. The only way Cronin’s relationship with Kass could be legally recognised was through documents such as power of attorney, wills, health care statements which would only be enacted upon when either Kass or Cronin fell ill or died. In 2004, Cronin spoke about this sculpture being both a personal and political statement of her relationship and lesbian visibility:

“I wanted something official that celebrated our life together and if all I will be officially allowed is death, I decided to make the most elegant and dignified statement I could about the end of our life together.”

On display at the East Balcony, level 1.

Figure of Lan Caihe from the Eight Immortals 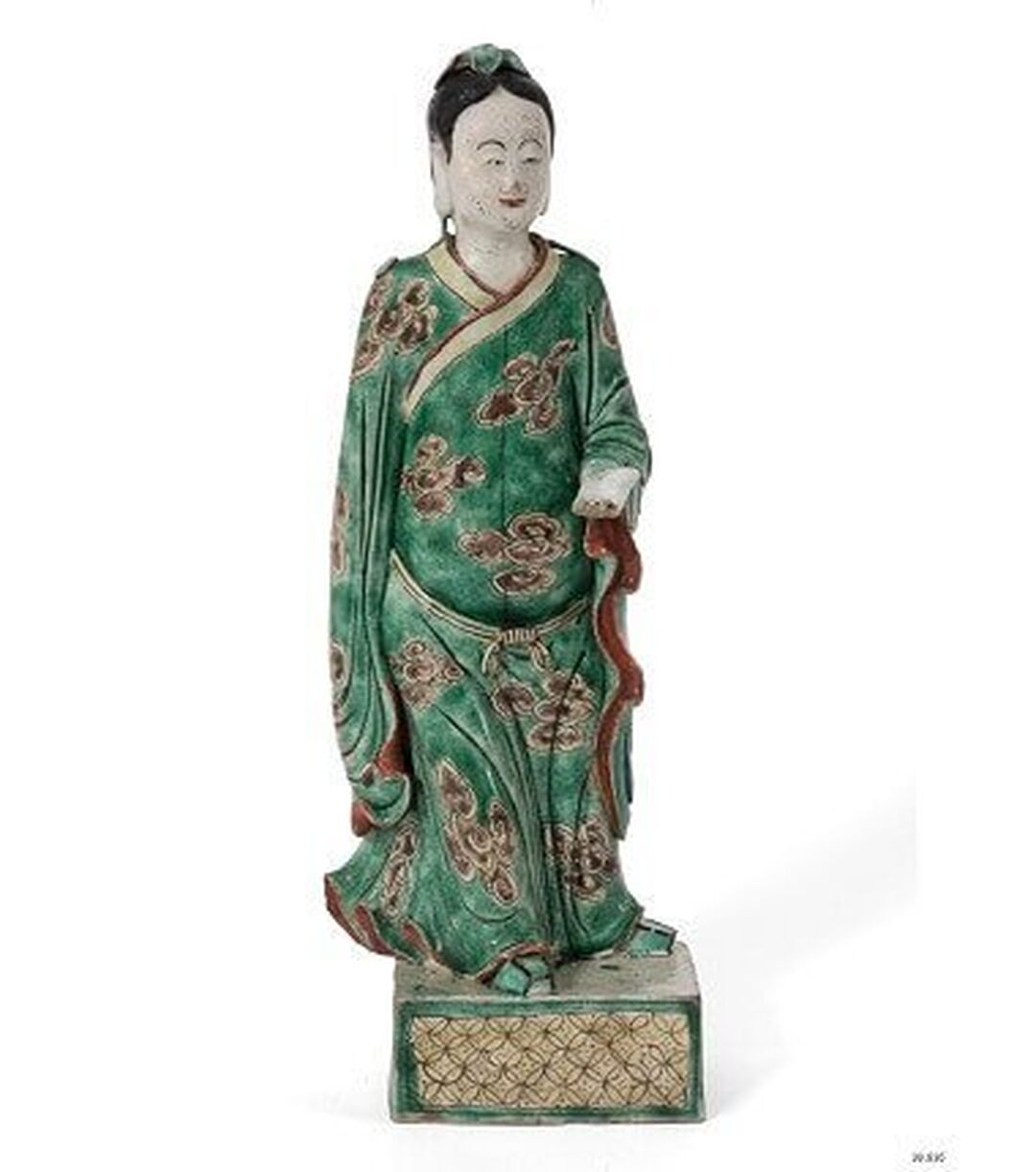 The Eight Immortals are Daoist deities from Chinese culture. They lived forever and had special powers which allowed them to heal the sick, turn invisible, and even bring the dead back to life. They were the superheroes of Chinese legend, fighting the forces of evil!

On display in the Expression Gallery, East Court, ground floor.

Find out more about Kelvingrove Art Gallery and Museum on Glasgow Life's website. 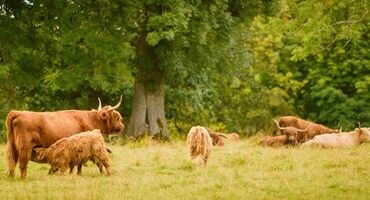 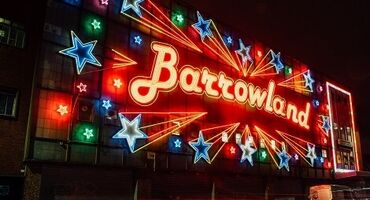 6 things you didn't know about the Barrowlands